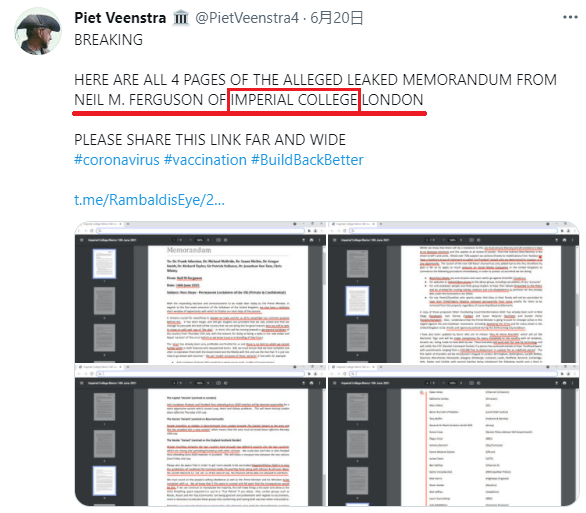 A memo describing a plan to deceive the public with bogus new coronavirus variants is a fake, Imperial College says.
インペリアル・カレッジによると、「コロナウイルスの偽の変異株で大衆を欺く計画を記したメモ」は偽物です。

A central claim in the memo, that hay fever is being misdiagnosed as the Delta variant of SARS-CoV-2, is not backed by scientific evidence.
新型コロナウイルスのデルタ株変異体の正体が花粉だというメモの主張には科学的証拠がありません。

In a June 18 statement on its website (here), Imperial College said the document was not written by Neil Ferguson.
インペリアルカレッジは、6月18日のウェブサイトの声明（こちら）で、この文書はネイルファーガソンによって書かれたものではないと述べました。

“This totally untrue piece of disinformation was constructed and spread by extremists and has no association with Imperial College London, the UK government, or its scientific advisors,” it said.
「この全くの偽情報は陰謀論者によって作成され拡散されており、インペリアルカレッジロンドン、英国政府、またはその科学顧問とは何の関係もない」と述べました。

Little indication was given by those sharing the posts as to how the supposedly leaked document had been obtained.
リークされたとするメモをどのように入手したかについて、このデマを拡散している人達はほとんど明らかにしていません。

Some earlier shares of the content linked to a thread on the internet forum 4chan which is no longer visible.
最初の頃に拡散されたコンテンツ（インターネットフォーラム4chanのスレッドのリンク）には、既にアクセスできなくなっています。

The Indian variant, named the Delta variant by the World Health Organization in May (here), is not the same as hay fever.
5月に世界保健機関によってデルタ株と名付けられたインドの変異株（ここ）は、花粉ではありません。

It is a variant of the SARS-CoV-2 virus that is becoming the globally dominant variant, according to the World Health Organization’s chief scientist Soumya Swaminathan (here).
世界保健機関の主任科学者Soumya Swaminathan（ここ）によると、これは世界的に優勢な亜種になりつつある新型コロナウイルスの変異株です。

Also referred to as the B.1.617.2 lineage, the variant has been detected by scientists across the world (here) who are able to identify it by examination of the spike protein characteristics it displays (here).
B.1.617.2とも呼ばれるこの変異株は、世界中の科学者（ここ）によって発見されており、そのスパイクタンパク質の特徴（ここ）を調べることで特定できます。

The ‘Nepal mutation’, which was referenced by the UK’s transport secretary Grant Schapps earlier this month (bit.ly/3xDJqu9), is actually a further mutation of the Delta variant, as explained by Sally Cutler, Professor in Medical Microbiology at the University of East London in a piece for The Conversation (here).
今月（２０２１年６月）初めに英国の運輸長官Grant Schappsが言及した「ネパール突然変異」（bit.ly/3xDJqu9）は、イーストロンドン大学の医療微生物学教授であるサリー・カトラーが “The Conversation” で説明しているように（ここ）、実際にはデルタ変異株のさらなる突然変異です。

According to the memo writer, the pandemic lockdowns are part of a wider plan to control a nation, and would be followed by water scarcity, food shortage and global finance-based restrictions.
メモには、「パンデミックにおけるロックダウンは国を支配するためのより広範な計画の一部であり、水不足、食糧不足、世界的な金融ベースの制限がそれに続く」と書かれています。

It references a joint global plan by the UN, WHO and WEF, suggesting that COVID-19 is an orchestrated health crisis.
さらにメモは、国連、WHO、WEFによる共同のグローバルな計画に言及しており、「新型コロナは組織化された健康に対する危機である」と示唆しています。

Reuters Fact Check has reviewed such claims before, finding that there is no credible evidence the pandemic was planned (here).
ロイターは、以前にそのような主張についてファクトチェックを実施し、パンデミックが計画されたという信頼に足る証拠はないという結論に至っています（ここ）。 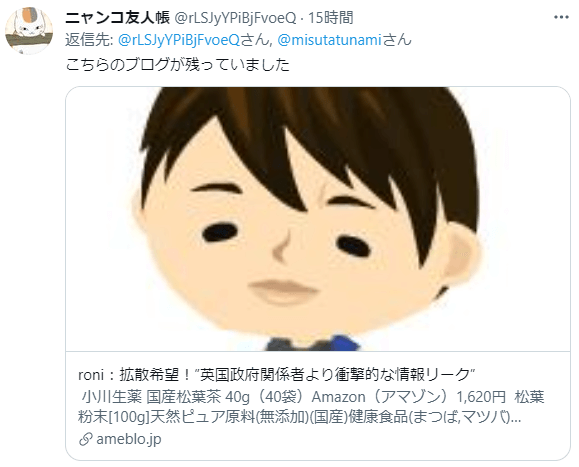 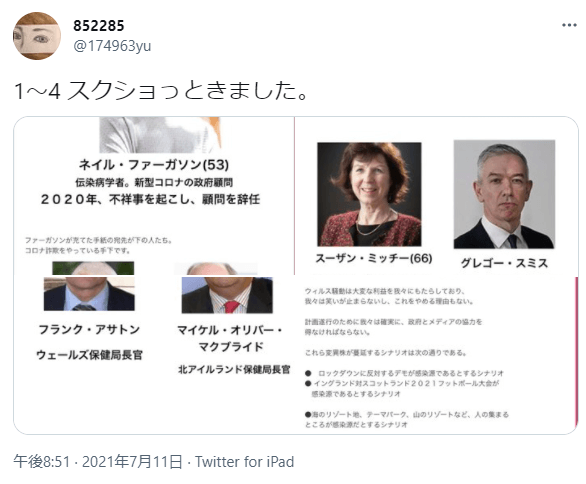 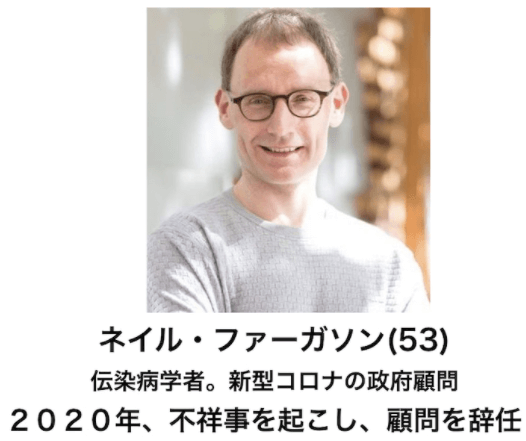 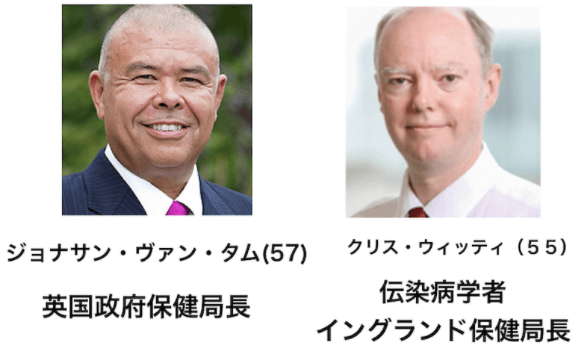 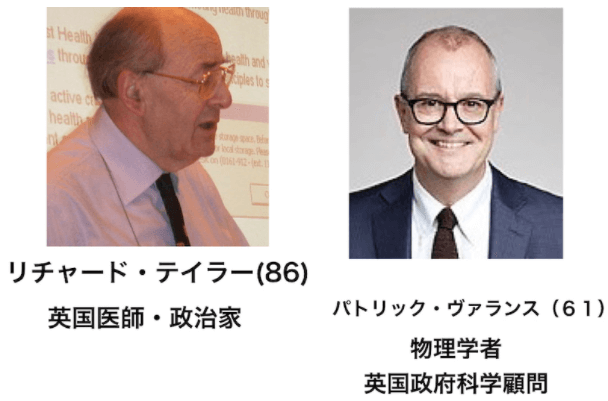 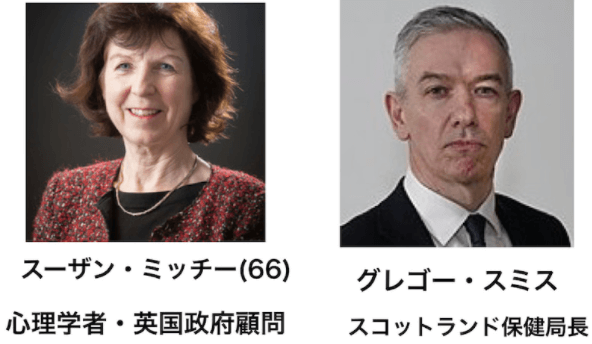 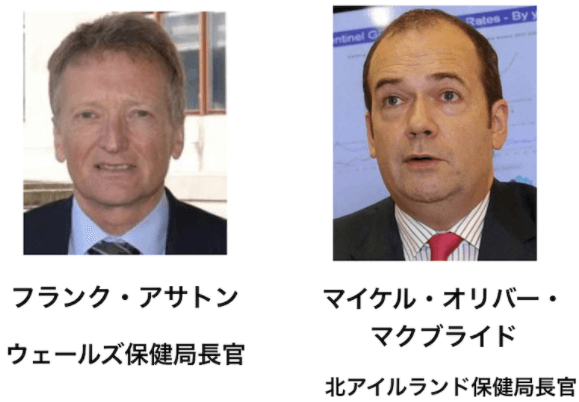 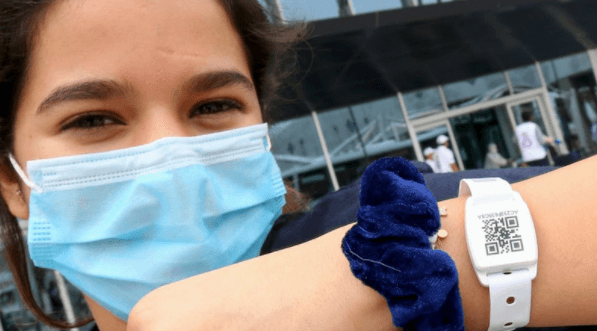 PS: MEMO DIRECTLY FROM DR FERGUSON AT THE ROYAL COLLEGE. THE GUY THAT GAVE OUT FAKE PANDEMIC FIGURES THAT CAUSED THE WORLD LOCKDOWN. SUPPORTED BY DR FAUCI AND WHO.

Subject: Next Steps – Permanent Lockdown of the UK (Private & Confidential)

With the impending decision and announcement to be made later today by the Prime Minister, in regards to the four-week extension of the lockdown of the United Kingdom, we now have a relatively short window of opportunity with which to finalise our next steps of the process.

It remains crucial for everything to remain on track and for all of us to remember our common purpose behind this. It has been tough, and will get tougher, but provided we stay united and that we manage to persuade the bulk of the country that we are doing this for good reasons then we will be able to move on with part two of ‘the plan’: in short, this will be moving towards a permanent lockdown of the country from Thursday 15th July, with the reasons for doing so being a spike in the new Indian and Nepal ‘variants’ of the ‘virus’ (which as we know is just a re-branding of Hay Fever).

The ‘virus’ has already been very profitable and fruitful for us and there is no limit to which we cannot further profit in both financial and reputational terms. Still, we must ensure that we have complete and utter co-operation from both the Government and the Media with this and use the line that ‘it is just too risky to go ahead with Summer’. We can ‘model’ increases of these ‘variants’ in line with, for example:

If we can get the message out that because of these the ‘variants’ are going to be multiple and will completely crash the NHS if not correctly dealt with immediately. Then the Public should be compliant and the compliance and unquestioning nature of the masses will be crucial in getting us across ‘the finishing line’ and thereby we would have played our part in the changing of the country. It will then be for others to lockdown, as part of Kalergi and the WEF/Schwaab plan, for other reasons such as the Environment and Water Scarcity (2022-23) Food Shortages (2023-24) and Global Finance and Mass Inflation (2024-25) culminating in finalisation of the UN, WHO and WEF Joint Global Kalergi Plan in 2025.

Whilst we know that there will be a resistance to this. We must ensure that any and all resistance is kept to an absolute minimum and this applies at all stratas of society – from the ordinary Man/Woman in the street to MP’s and Lords. Whilst over 70% support our actions (thanks to modifications from YouGov) we have a hardcore group of vehement so called ‘pro-freedom’ people who are determined to scupper us at any opportunity. The launch of the new ‘GB News’ channel has only added fuel to this fire. Therefore my plan is for us to apply as much pressure on Social Media Companies in the United Kingdom) to commence the following procedures immediately, in order to protect us and what we are doing:

A copy of these proposals titled ‘Combating Covid Disinformation 2021’ has already been sent to Nick Clegg (Facebook), Jack Dorsey (Twitter) and Susan Wojcicki (YouTube) and Sundar Pichai (Google/Alphabet). Also, I understand that the Prime Minister is going to push for stronger action in this regard against the anti-lockdown movement, including deploying the Army and for every street in the United Kingdom to be strictly and rigorously policed during the forthcoming July lockdown.

I have already been updated by Serco who are to release ‘Stay At Home Bracelets’ which will act like Electronic Tags and will be made compulsory for every household in the country with all residents. Tenants etc. being made to have both by law. These bracelets will work with the new 5G technology and will notify the CCC (Central Command Center) if a person has ventured outside of their ‘confined space’ with punishments ranging from a £50,000 fine to detainment in custody ‘for an indefinite period’. The first batch of bracelets will be introduced in August in London, Birmingham, Nottingham, Cardiff, Belfast, Swansea, Manchester, Newcastle, Glasgow, Edinburgh, Liverpool, Leeds, Sheffield, Norwich, Cambridge, York, Exeter, and Carlisle with second batches introduced the following month and a third in November in order to reach outlying and hard to reach areas of the United Kingdom. The whole of the United Kingdom is scheduled to have these bracelets on and activated no later than 1st December 2021.

By getting people used to complying with us, we can break down any and all resistance to the new changes coming to the United Kingdom. However, we must always appear to be the ‘friends of the people’ and look as if we have their best interests at heart so that they do not think counter to what we want them to. We must get the media to push the line that as too many people (more than the R rate) have died, the message is ‘Always Stay At Home, Protect Lives and Save the NHS’. As well as being scientists we also need to keep up our good profile with the Media and be as ‘savvy’ as we possibly can.

With regard to new or extra ‘variants’, I would like to hear your opinions on the following prototypes:

The Capital ‘Variant’ (centred on London)
Anti-Lockdown Protests and Football Fans attending Euro 2020 matches will be deemed responsible for a more aggressive variant which causes Lung, Heart and Kidney problems. This will mean locking London down effective Thursday 15th July.

The Dorset ‘Variant’ (centred on Bournemouth)
People traveling to holiday in Bournemouth from London brought The Capitol Variant to the area and this has mutated into a new variant’ which means that the area must be locked down effective Monday 19th July.

Please also be aware that in order to get more people to be vaccinated GlaxoSmithKline (GSK) is to stop the production of medicines for Common Colds, Flu and Hay Fever along with Johnson & Johnson, Bayer, AG, Sanofi. Merck & Co. Ltd. etc. as of the start of July. No Chemist will be able nor allowed to sell them.

We must count on the people’s willing obedience as well as the Prime Minister and his Ministers to be compliant with us. We all know that if this were to unravel and fall apart that the consequences would be dire. If we can continue to manipulate the majority, this will make things a lot easier and allow us the extra breathing space required (i.e. you’re a ‘True Patriot’ if you obey). Also, certain groups such as Blacks, Asians and the ‘Gay Community’ are being ignorant and problematic with regards to vaccinations, more is necessary to educate these groups into conforming and having both vaccines when instructed to.

Regarding our immunity from future prosecution, this depends upon both the Prime Minister ourselves retaining a good relationship and both his and other Government Ministers complying. He knows what leverage we have over him and therefore, as he is bound and guided by us forst and foremost, we can get our way. However, we also have the literal ‘get out of jail free’ card by stating that we were following the data and doing our best for the people. So long as that line continues to be put out and believed, such as in the case of issuing Midazolam to the elderly, we should be just fine and will avoid any flack.

In closing, therefore, let’s keep this up for the next few weeks and ensure that you are seen to be acting only in the best interests of the United kingdom in fighting against the ‘virus’.

Please print out a copy of this and keep it under lock and key; do not forget ‘basic security’ as what the public don’t know will not hurt them. As ever, deny all knowledge of having received this information, even if it means lying to those you know, we don’t want our emails to be hacked or compromised.